The Alpine Formula 1 Team is based at the 50 million Euro Whiteways Technical Centre, 4 miles east of Enstone. Alpine is the sports car brand of the Renault Group.

Many of the staff live locally and the Apline Team management liaise directly with Enstone Parish Council on local matters. The technical wizardry to produce a Formula 1 car is immense and all the components except the engine are designed and manufactured at the Enstone centre. 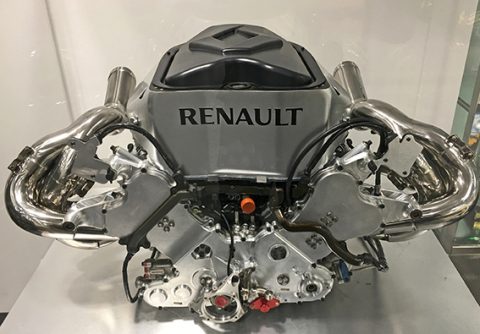 Renault opted to rebrand its works F1 team as Alpine ahead of the 2021 season as part of a wider overhaul of the group’s brands and car companies. In 1977, Renault entered Formula One as a constructor but withdrew at the end of 1985. Renault returned to Formula One in 2000, when it acquired the Enstone-based Benetton Formula team (formerly Toleman). In 2002, Renault re-branded the team as Renault F1 Team and started to use Renault as their constructor name, winning both the Drivers’ and Constructors’ Championships in 2005 and 2006.