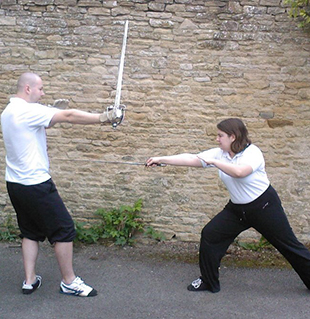 The Linacre School of Defence was founded in Oxford in 1999 and offers an integrated martial arts system, soundly based upon historical Western combat manuals.

Sir William Hope (1660-1724) wrote a number of books on fencing, which we have transcribed. His work is notable for a gradual realisation that the French Small-Sword system he originally trained in was lacking, and that the true Art of Defence lay in the English back-sword method. Although often rather verbose, his books clearly explain his reasoning and the principles and methods of his system.